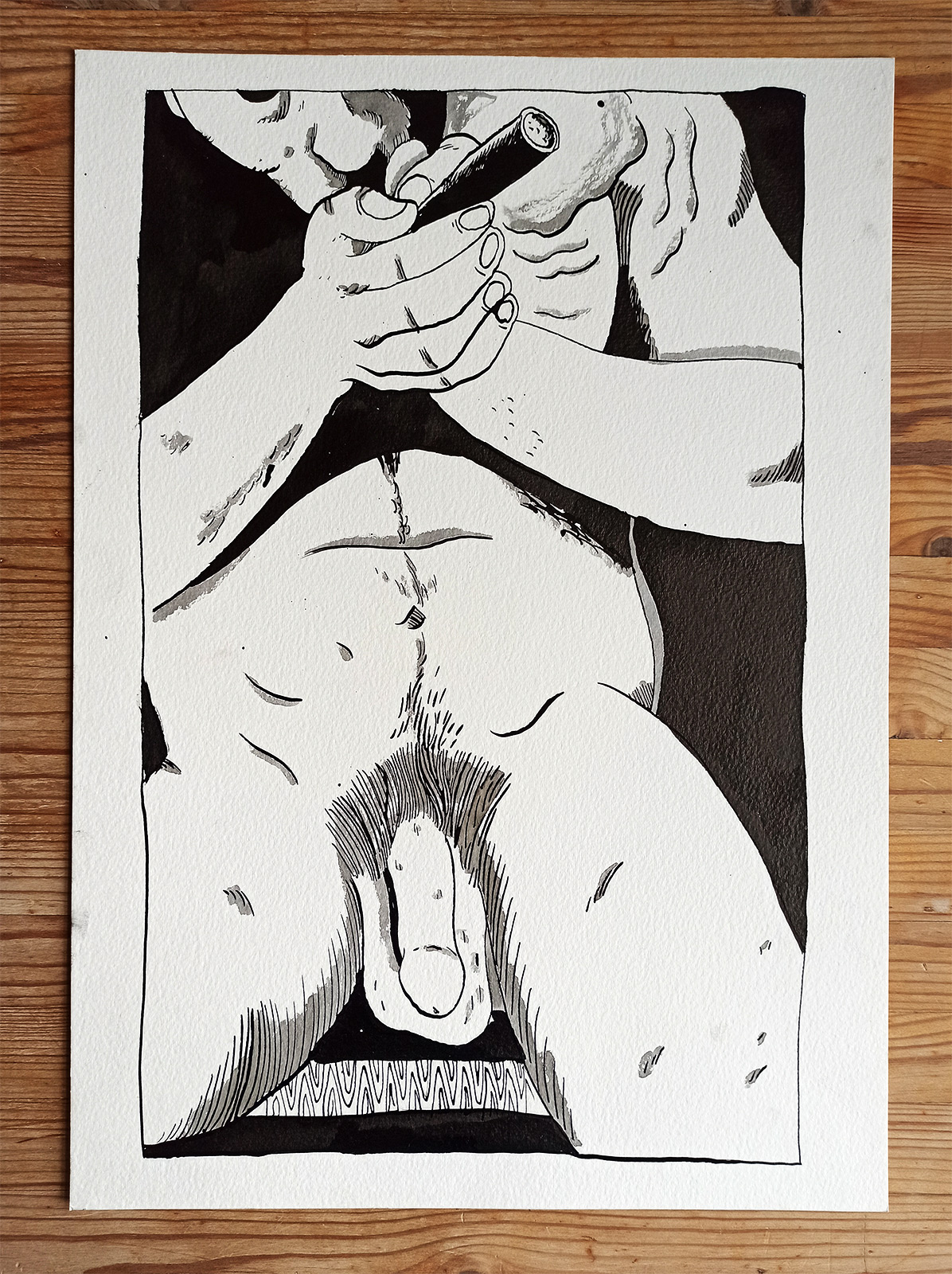 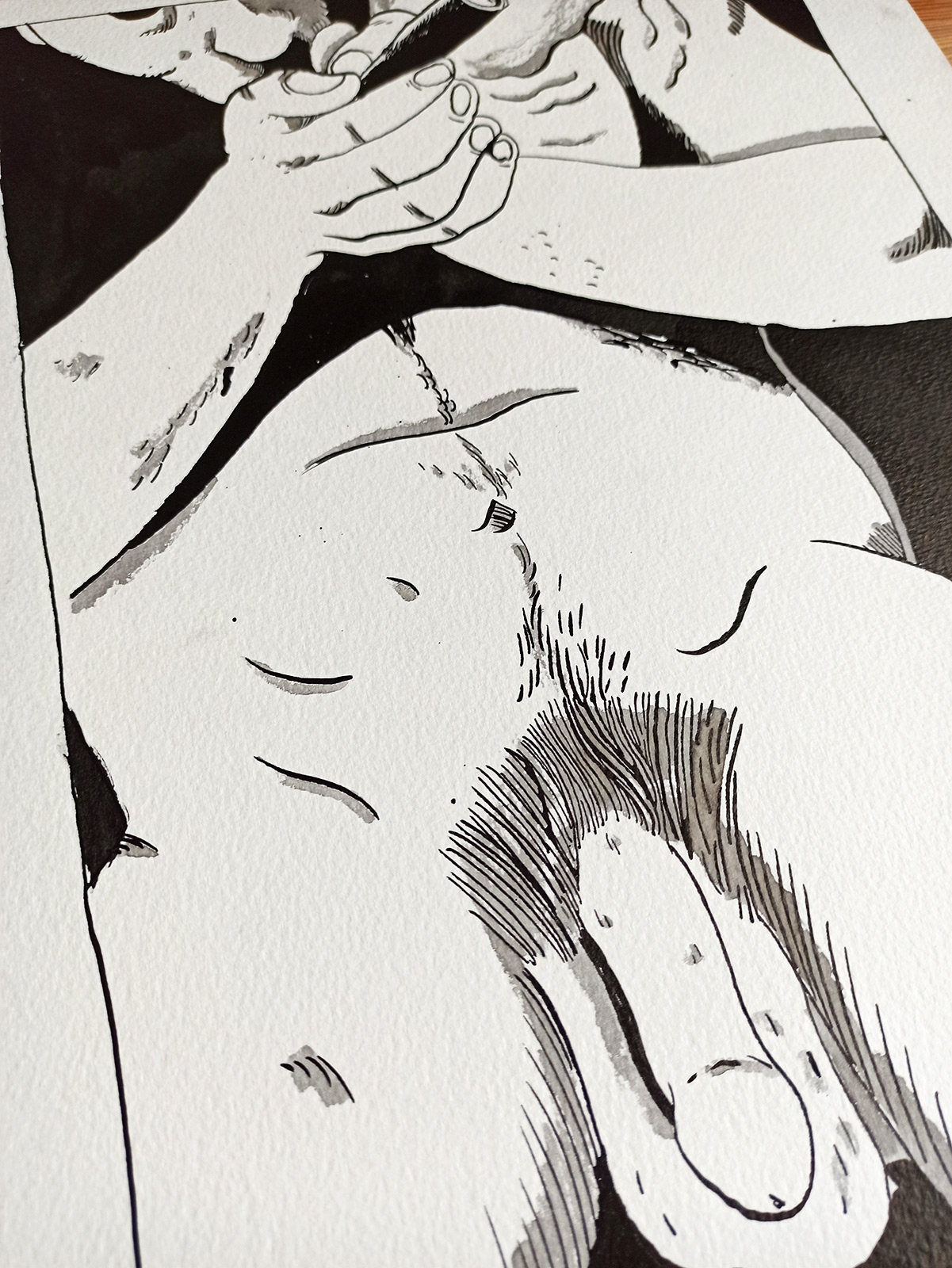 Original drawing to the book Vinter by Halfdan Pisket and Fryd Frydendahl, with text by Bjørn Rasmussen, Christina Hagen and Asbjørn Skou.