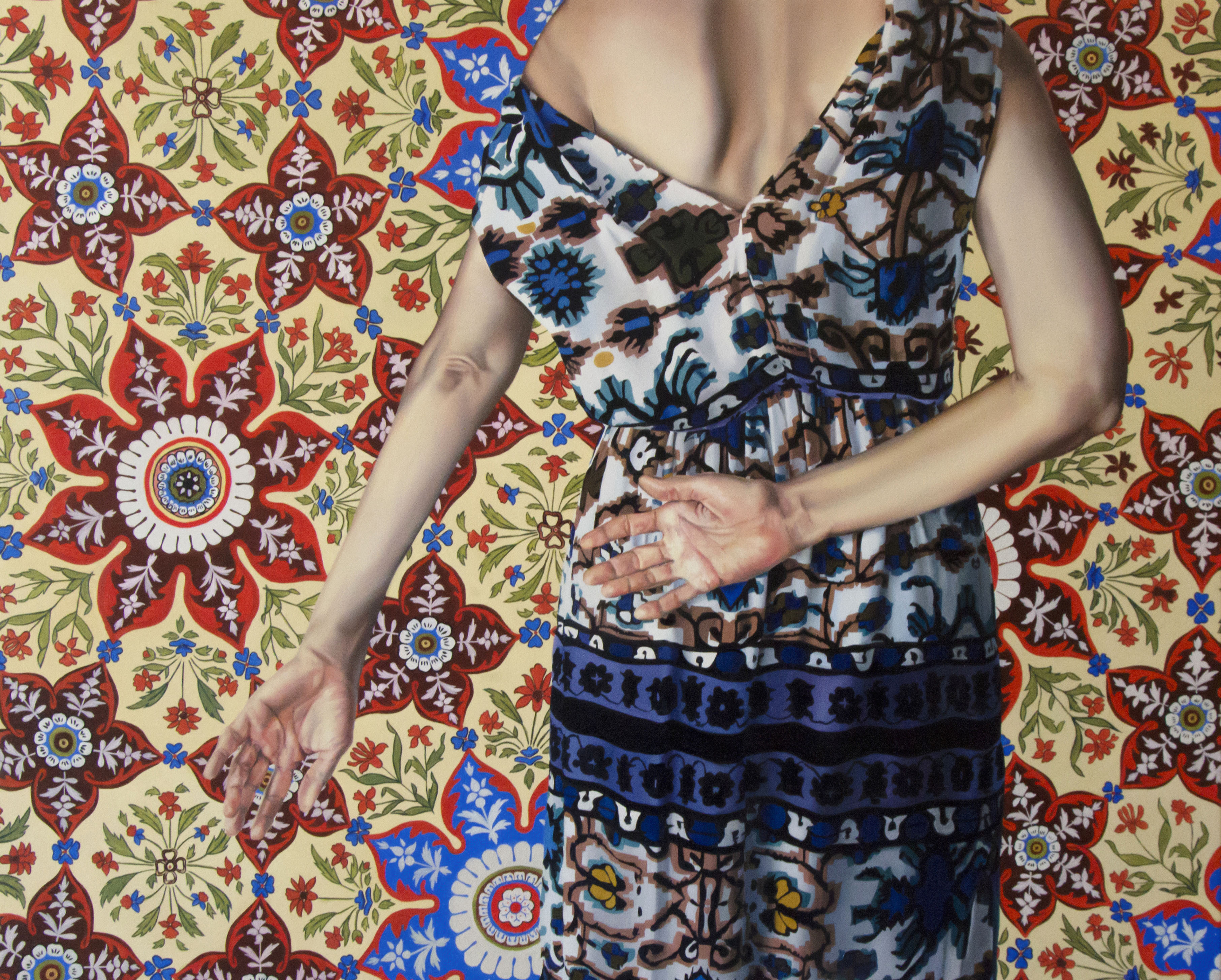 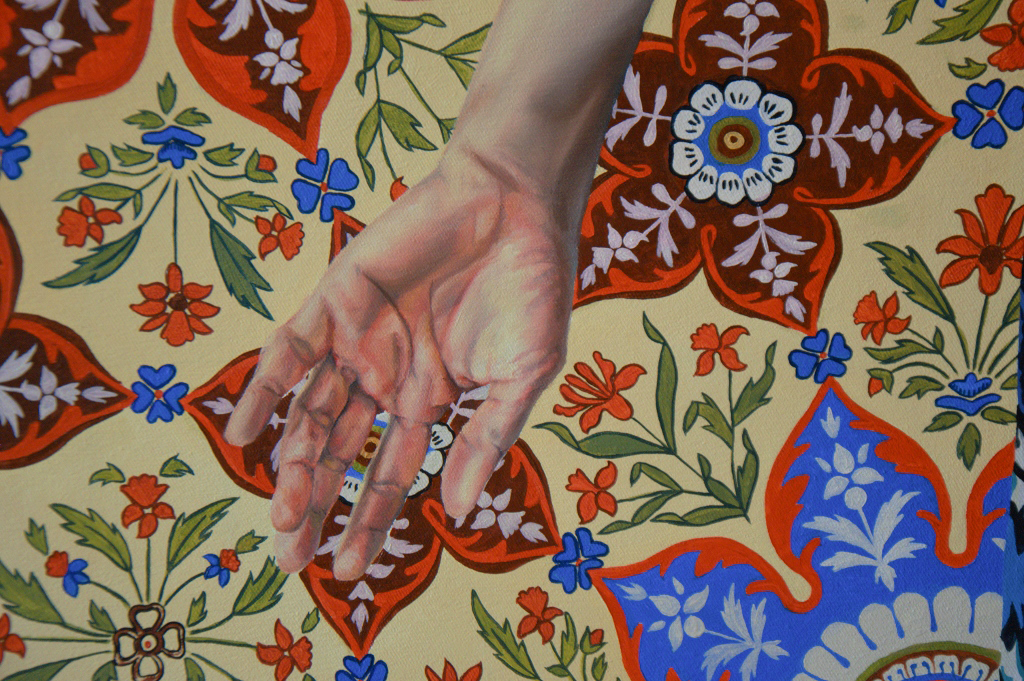 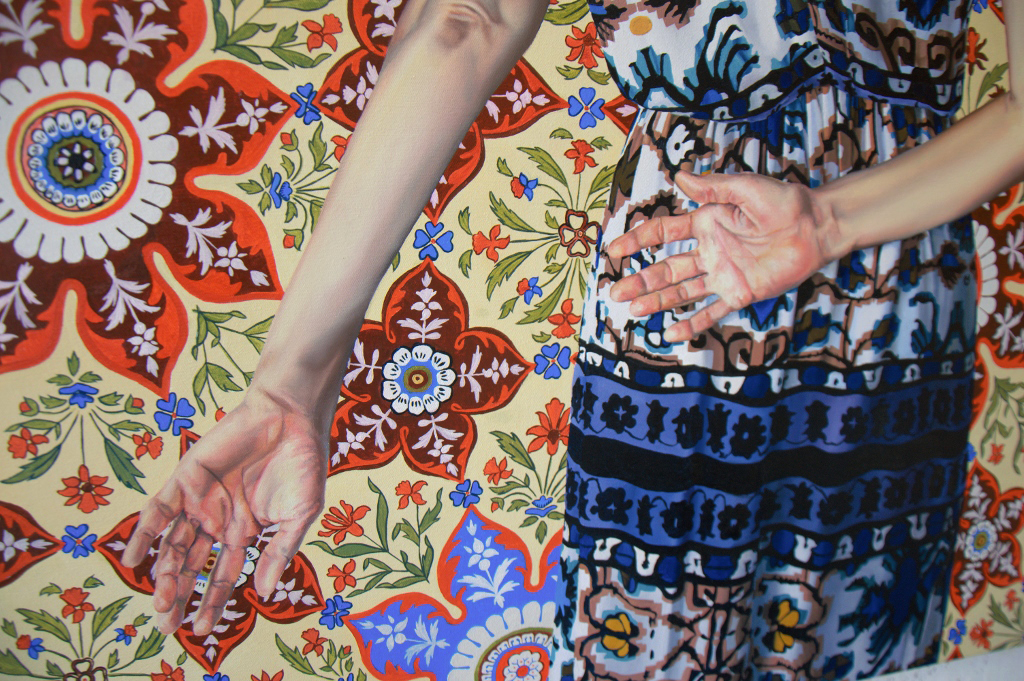 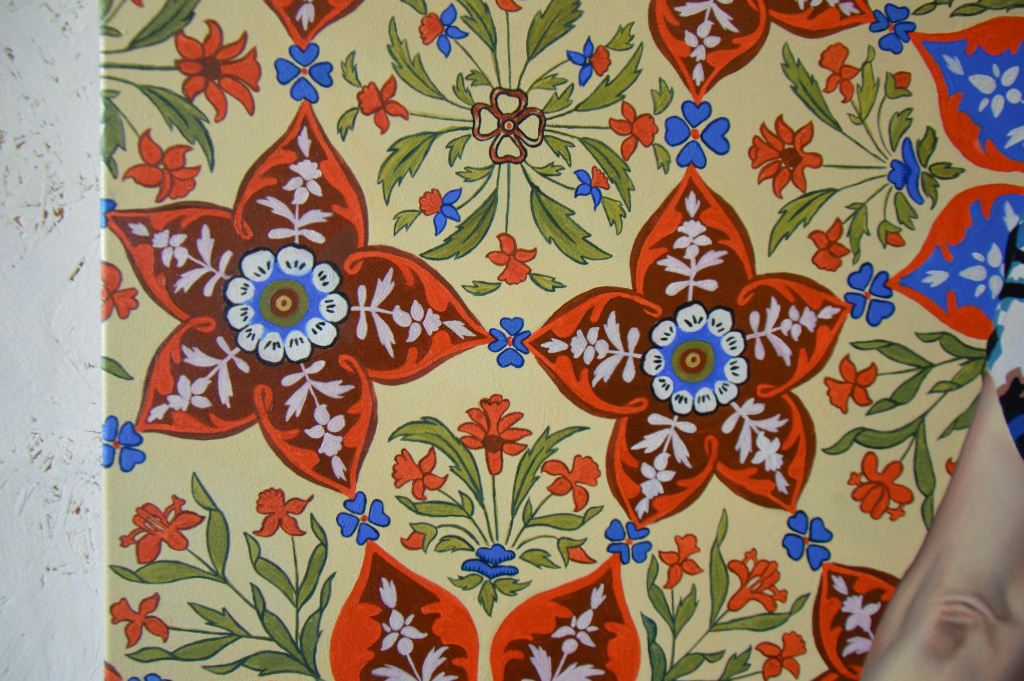 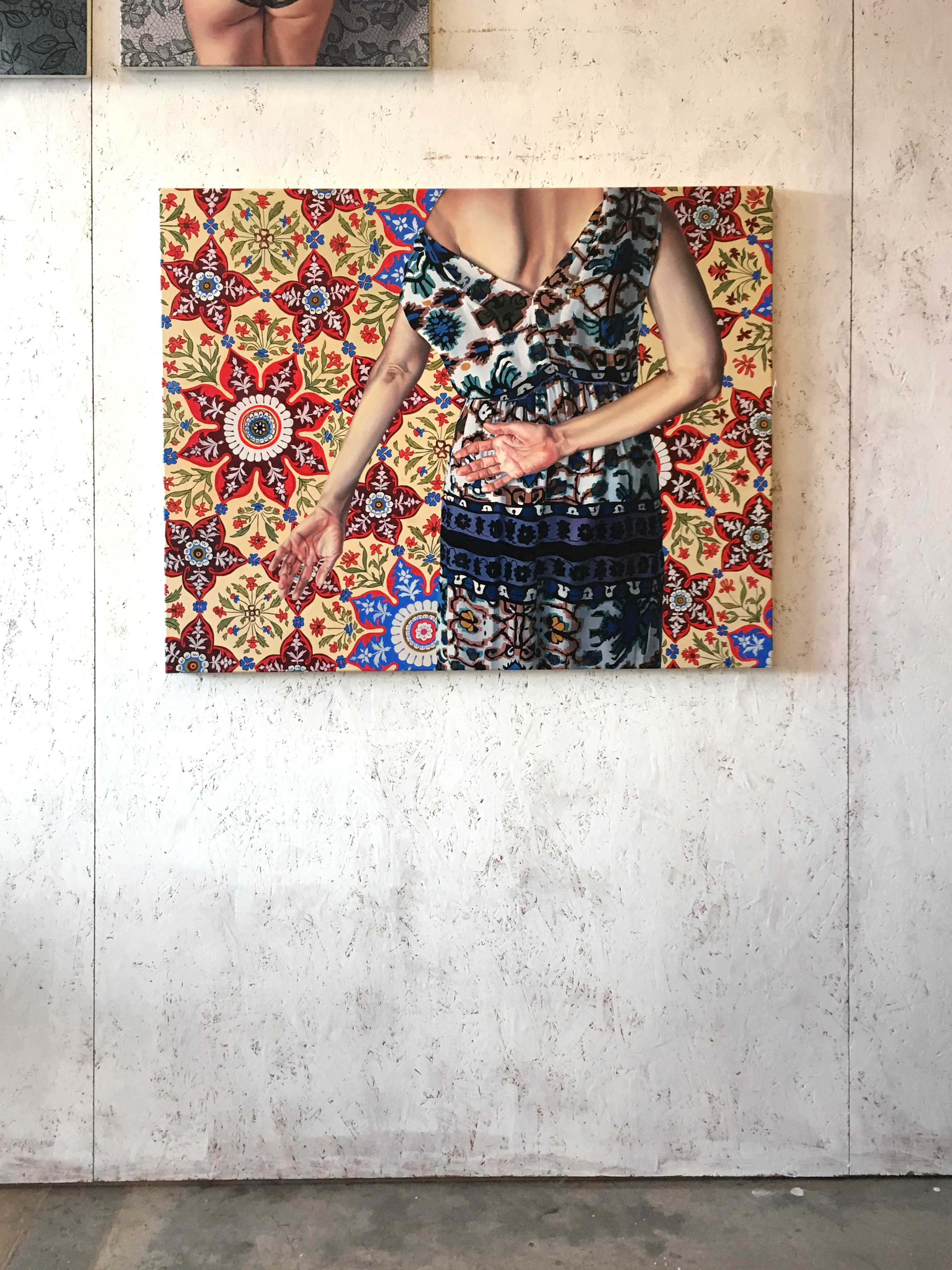 The main subject of Kalisz's paintings is female figure. Currently she is works the project "Act of Pattern" where she portrays different woman figures and uses ornaments in the background to control the mood of an artwork. Here it is in Kalisz's own words.

The project "Act of pattern" is a series of paintings where I focus on traditions. I paint women covered in patterned materials and place them in colorful backgrounds. I concentrate on delicate and soft forms of the models and the game of shadow and light. The paintings seem almost abstract- eyes get lost in the multitude of lines, colors and shapes. The ornaments that I use are mainly from Middle East. My aim is to combine two different cultures: European (female nude) and Islamic (ornaments). Both cultures have rich traditions which evolved in different ways. Europe has been focusing on human body while Middle East countries due to their religion have been expressing their art in geometrical ornaments. I want to show that our cultures can create something beautiful. The idea of the project originated from my travels to Spain. The south of the country is rich in culture where at some point Catholic, Islamic and Jewish people were living together. Their traditions mixed and created a style called Mudéjar. Seeing extraordinary architecture inspired me to use it in my art in more modern way. I want the audience to open to foreign cultures through art.

Aleksandra Kalisz, b. 1992, Gdynia, Poland. Currently living and working in Venice, Italy. Studied Fine Art at the Academy of Fine Arts in Gdańsk. Got Master degree in the studio of Maciej Świeszewski in 2016. In 2014 participated in LPP Erasmus programme in Universidad Complutense de Madrid in Spain. Specializes in painting, drawing, and installation.

Kalisz have been drawing and painting since childhood. In her works, she focuses on lines and colors where she chooses the topics of interests which is often inspired by travels.

Currently, she is working on project "Act of pattern" where she is focused on the female body. Concentrated on the delicate and soft forms of the woman body she plays the game of shadows where light shows parts of women’s figures covered in patterned materials placed on colorful backgrounds.