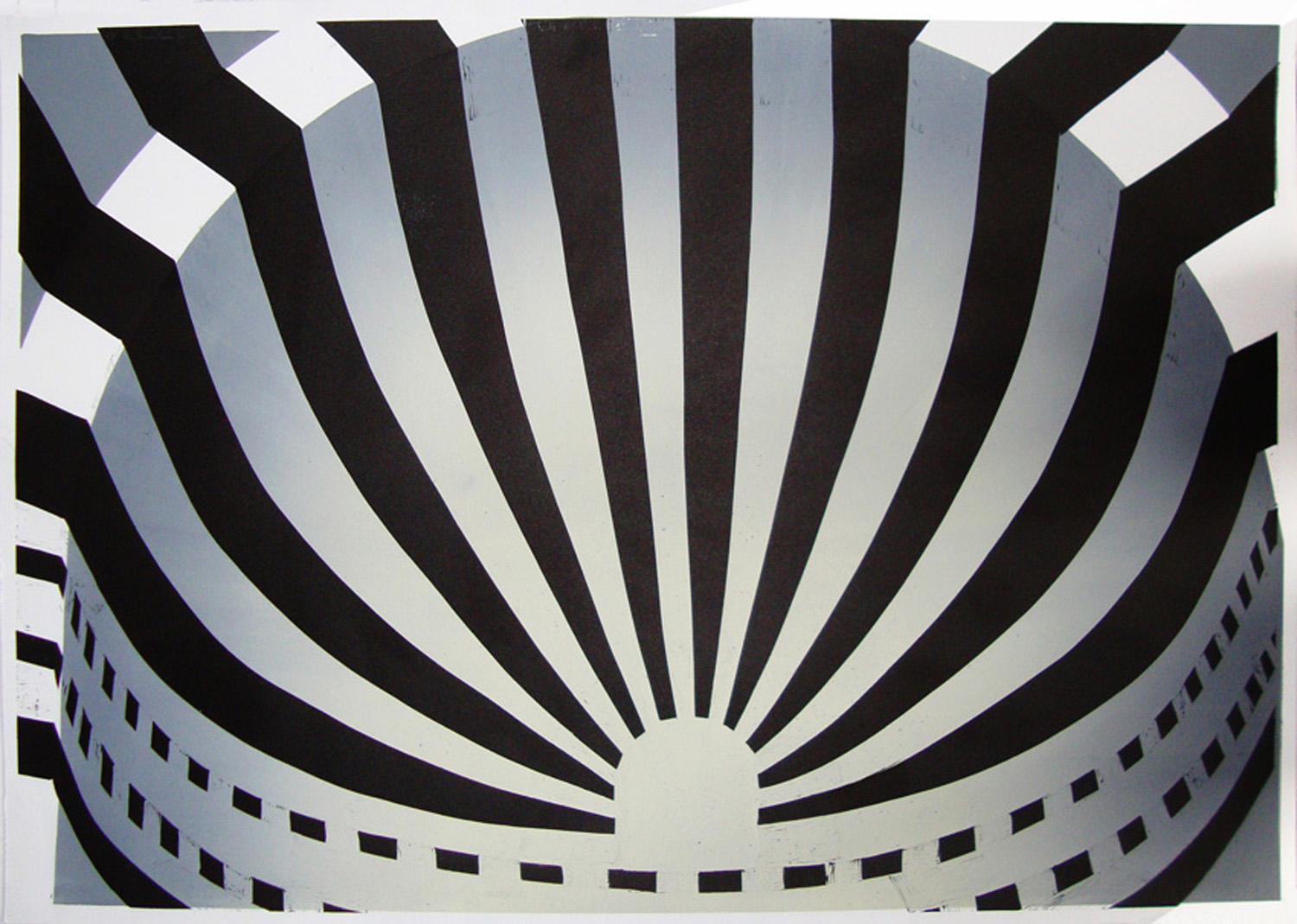 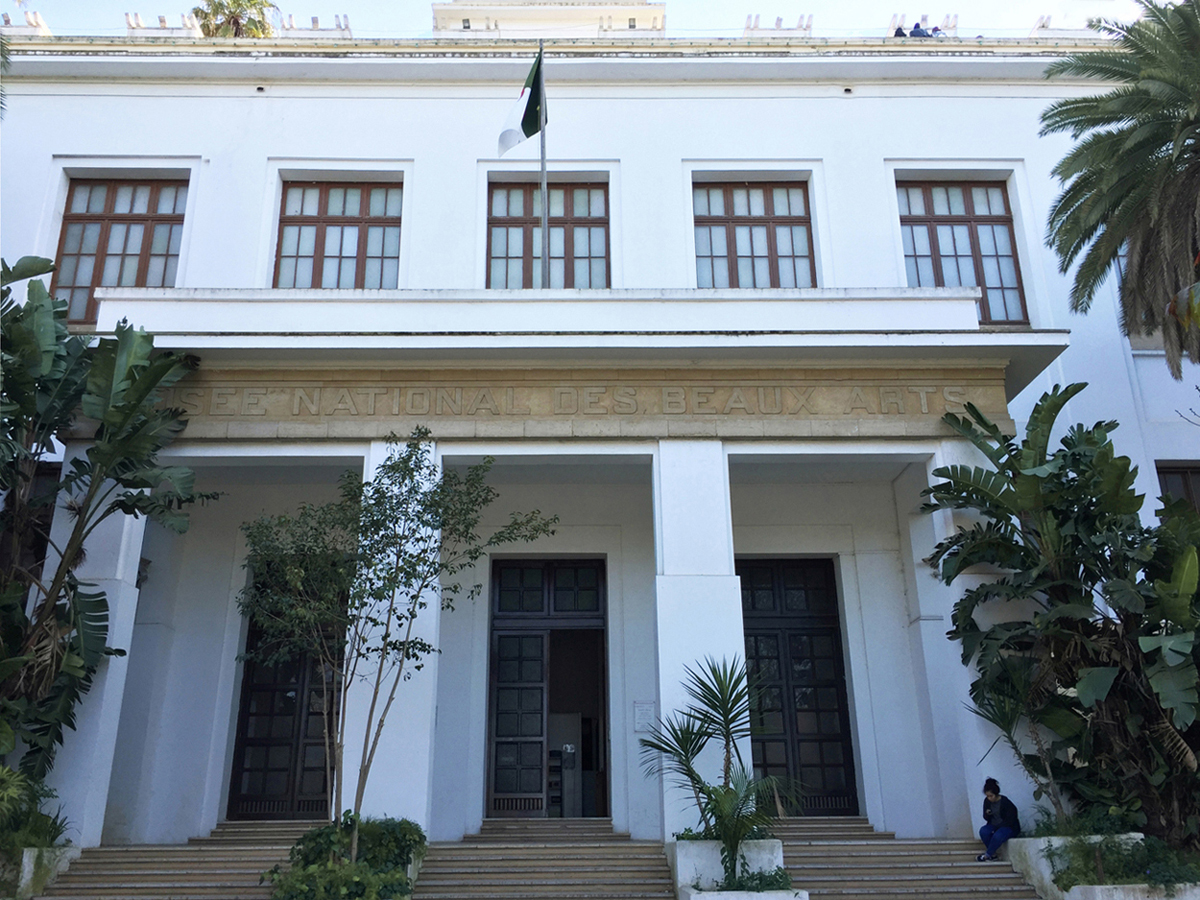 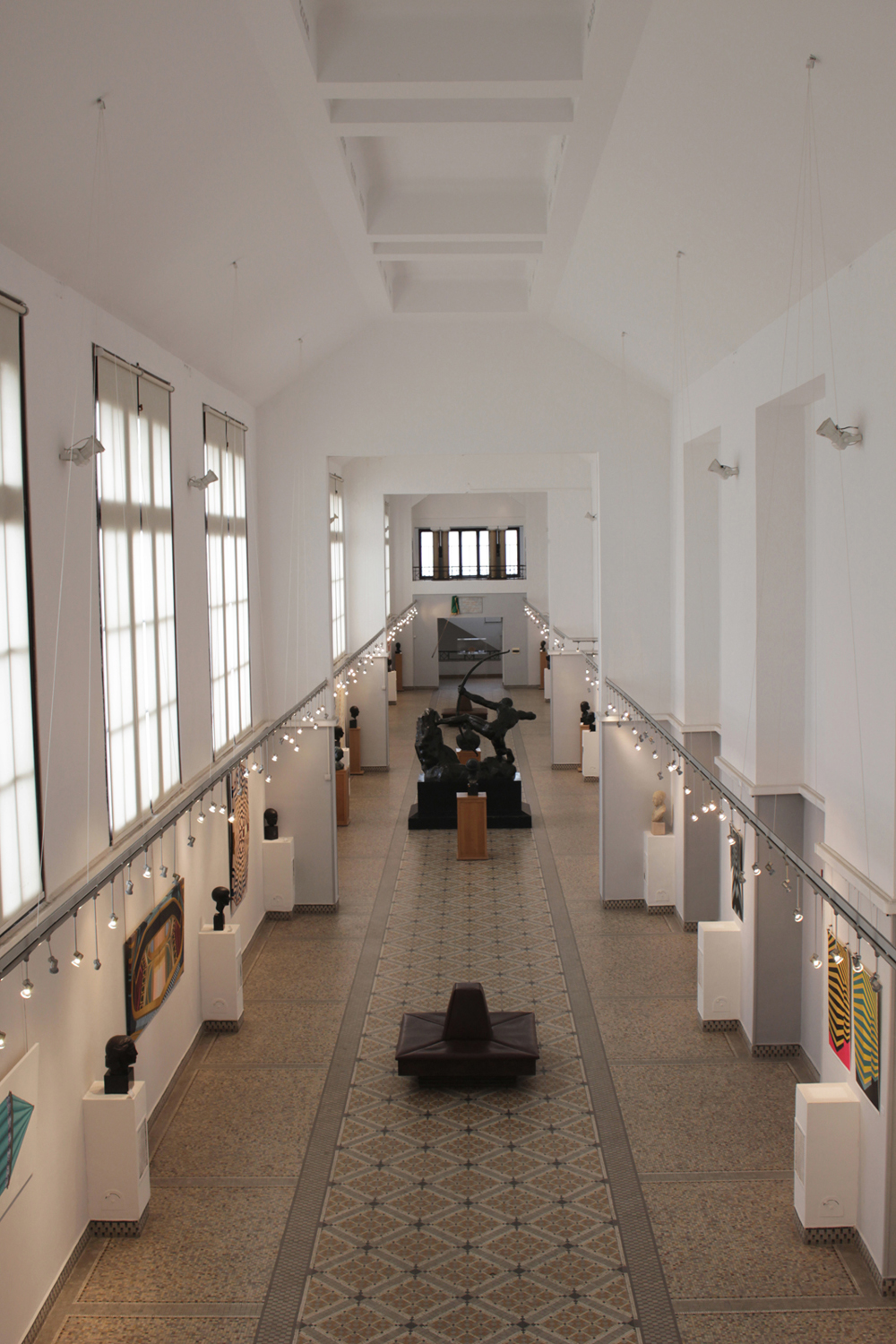 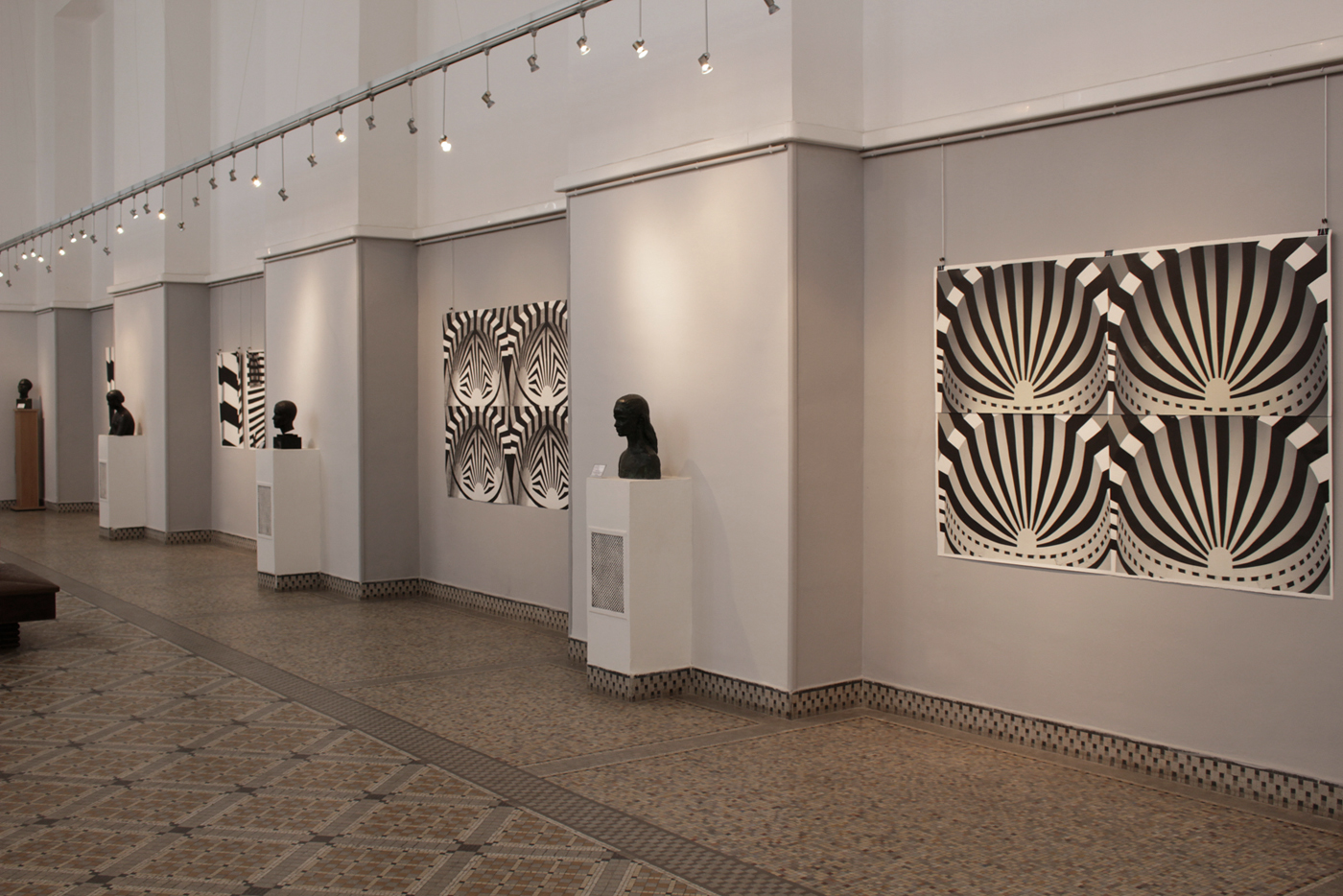 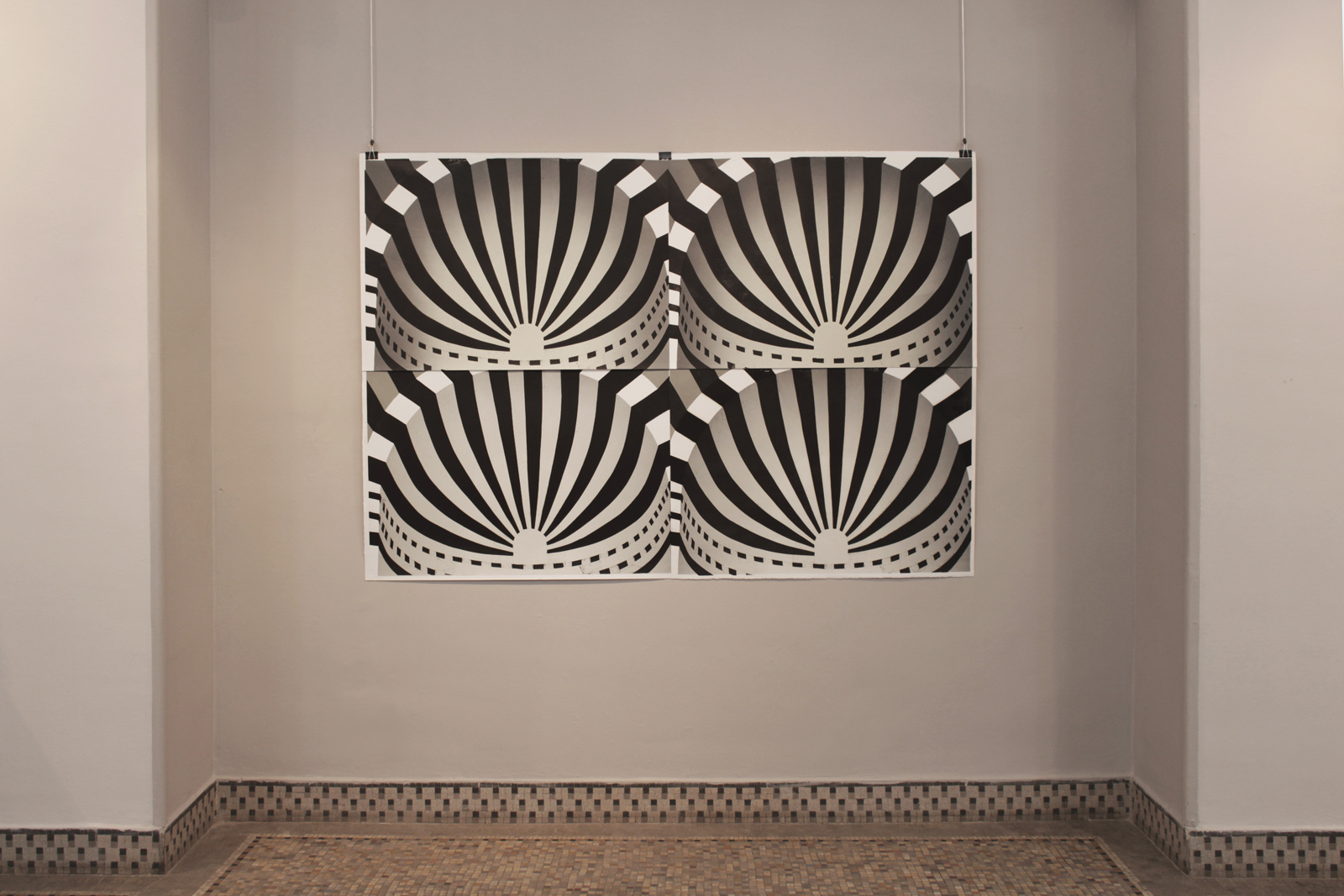 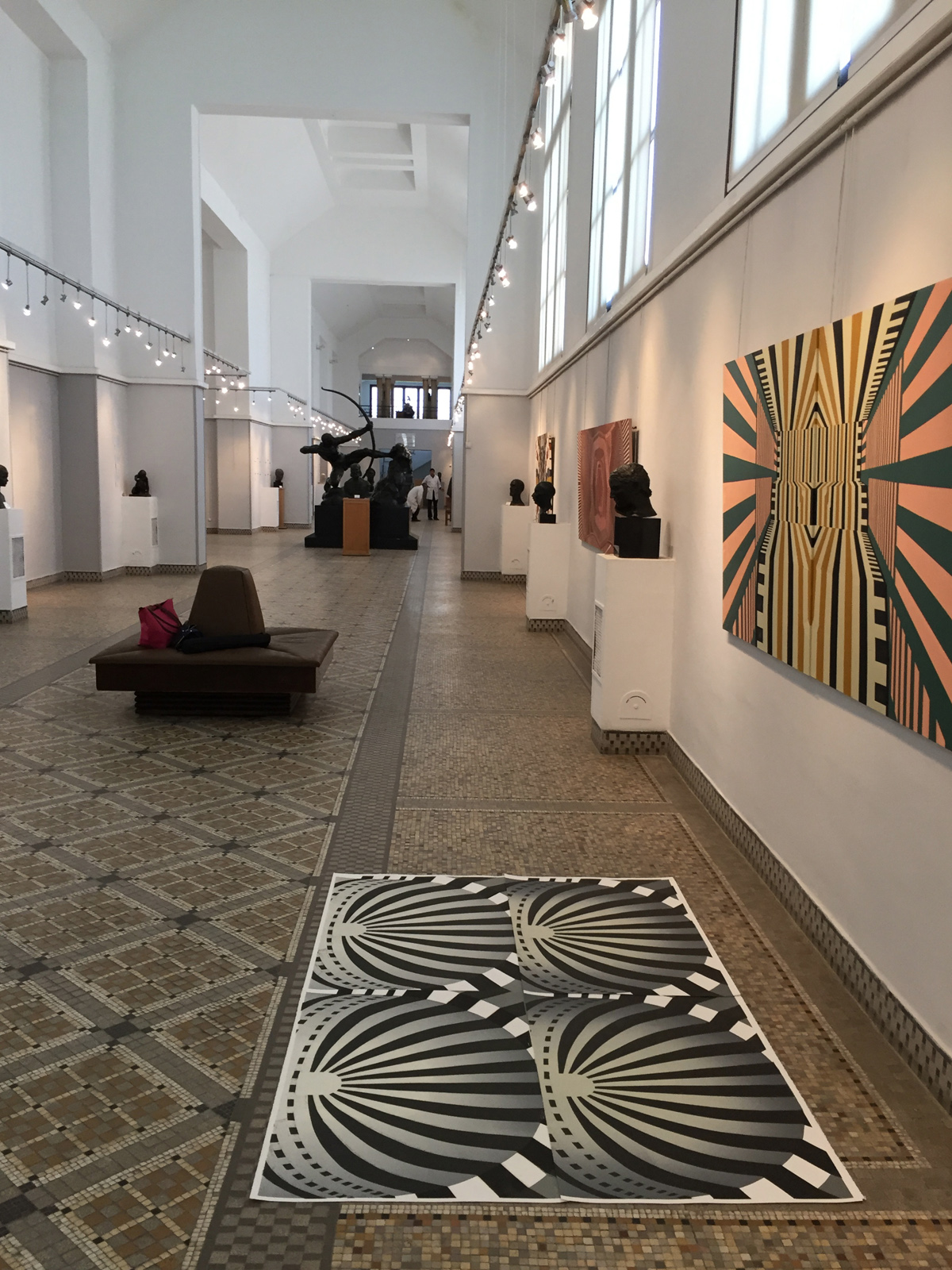 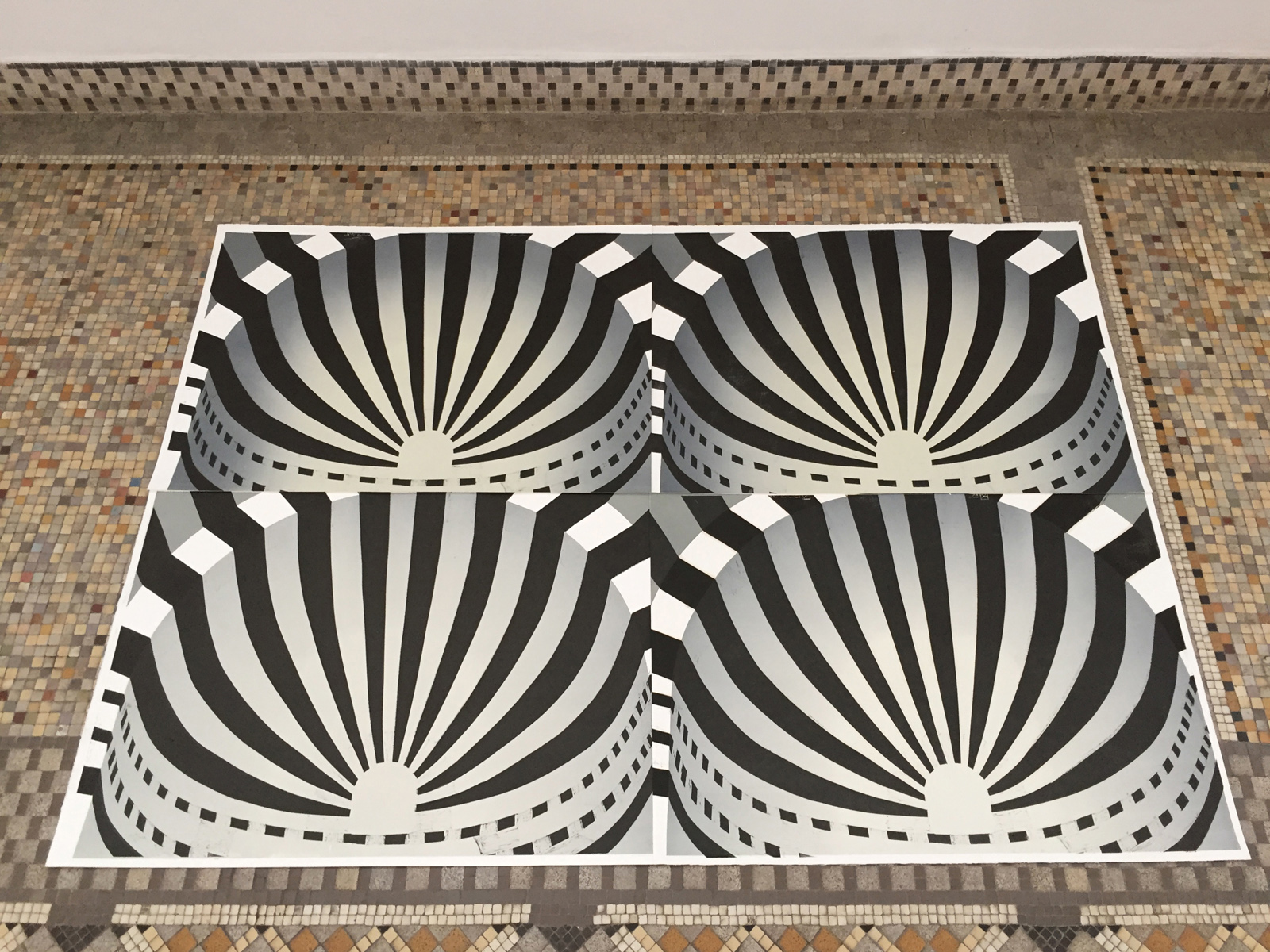 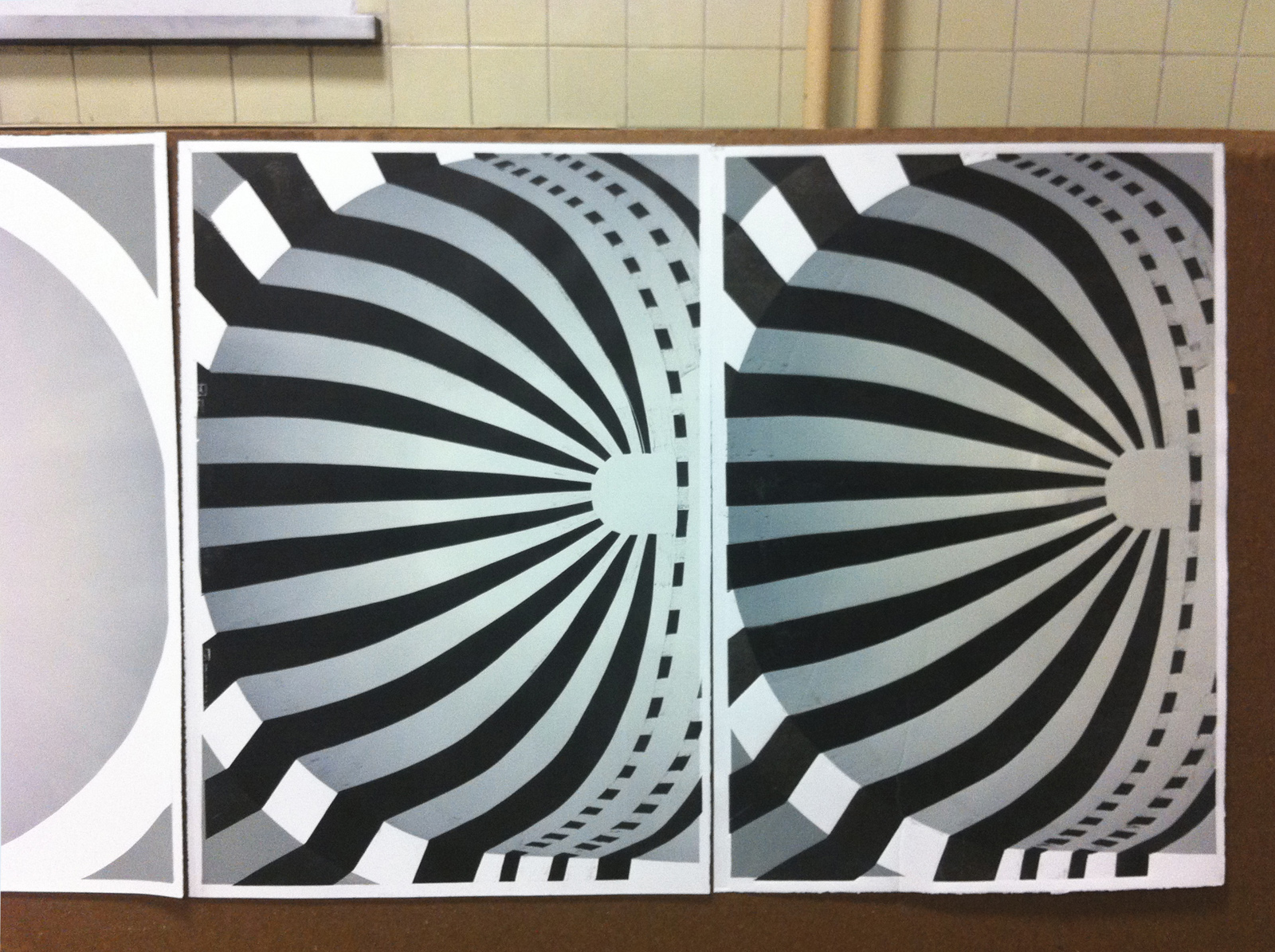 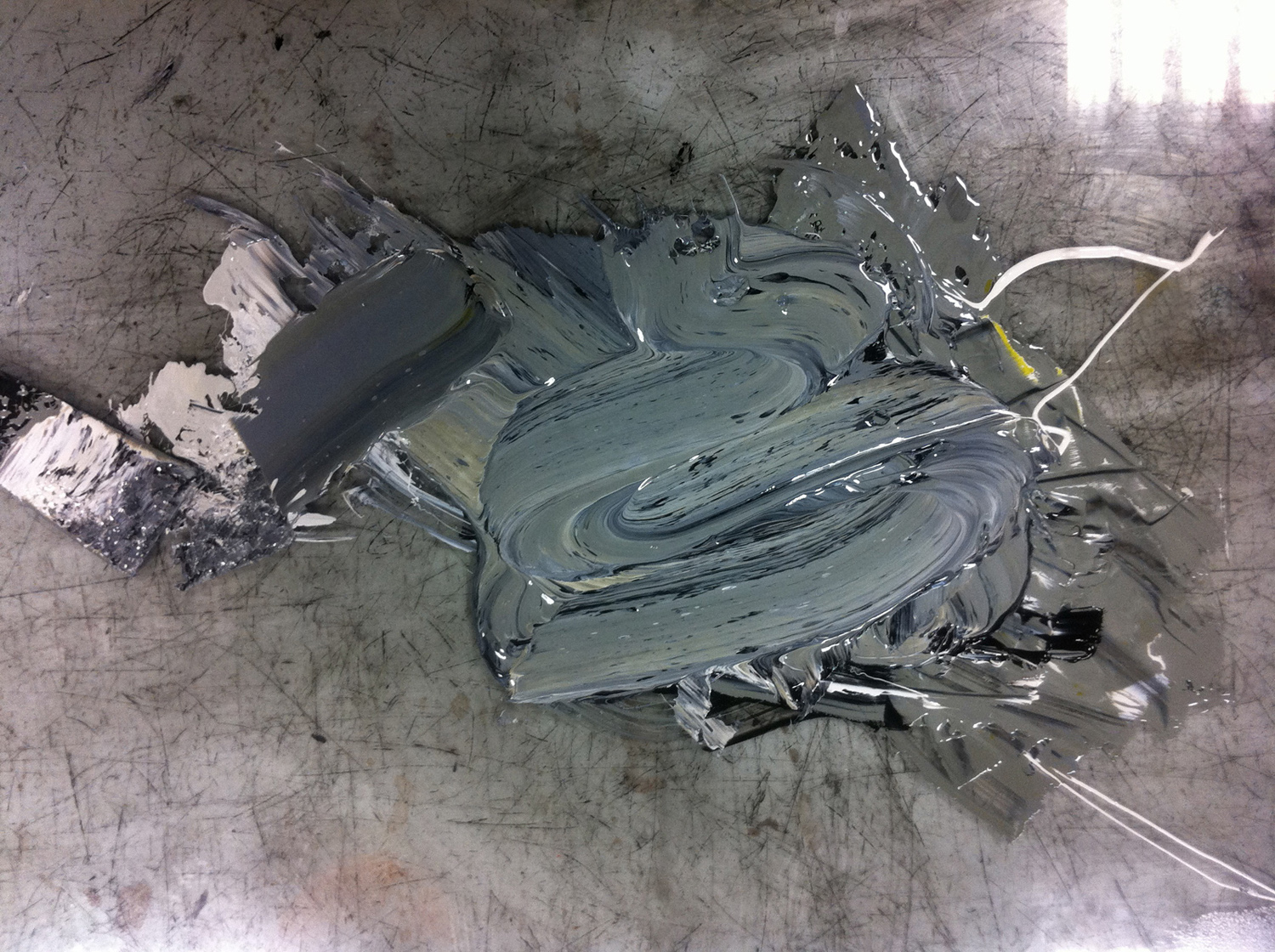 The linocut print is part of the Doctoral Thesis „Khan Asad Pasha, Monograph of the form”
and it shows the stone-work of the mihrab, that is the prayer niche, in the Al-Azhar mosque in Cairo, Egypt. The ornamentation in the ablaq style consists of alternating white and black stripes and was widespread throughout all Arabic countries. It reached Europe with the Muslim presence in the Iberian Peninsula and interestingly, was promptly adapted as a decorative style in christian architecture.

The mosque Al-Azhar is an deeply influential center of political, intellectual debate. Its academy is the second oldest continuously run university in the world, founded in 975 AD. It is said that the mosques name is related to Islamic prophet Muhammad’s daughter Fatimah, she was given the title Az-Zahra- The Shining One.

A mihrab is the niche in the wall of a mosque, that indicates the direction of Mecca. Muslims should face this direction when praying. The structure was adapted from the prayer niches common to the oratories of Coptic Christian monks. Mihrabs are usually richly decorated, as they are the central energetic point in the structure of the mosque.